I would be delighted to discuss your non religious Ceremony.

You can contact me on one of the numbers below, or email me.
If you want  we can arrange an obligation-free meeting to talk about your requirements and I can answer any questions.

I am confident that I can assist you and provide a unique personalised ceremony that will create a lasting memory for you, your family & friends. 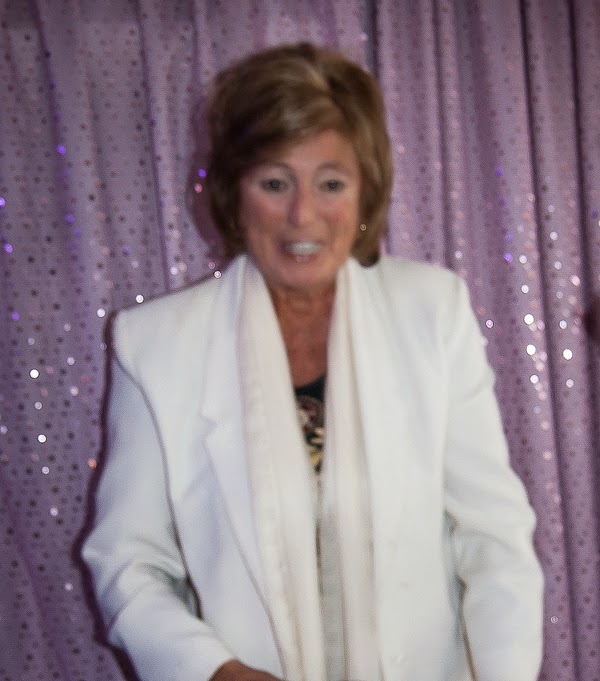 I look forward to meeting you.

Another lady Celebrant  has joined me:-
CELEBRANT  Ms.  ROBYN P.FROST 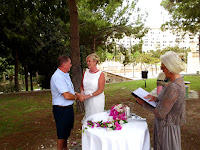 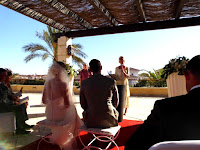 She is also Registered with EHF in Brussels, and speaks fluent Spanish, English, local Valenciano and French.

WHAT IS A  HUMANIST?

Modern versions of what is a Humanist

What Humanists believe in:


Using evidence, experience and our reason to understand the world


Living this one life well, working out meaning and purpose in life for ourselves


Making ourselves and others as happy as possible


Reducing unhappiness as far as possible


Living cooperatively with people of other beliefs


The idea that morality derives from religion or god(s)


Doctrines of belief (religious or not) and indoctrination into them


Privileges or special laws for religions or religious people


What Humanists do not believe in:


A god or gods: supernatural beings intervening in the world and taking an interest in human affairs


An immortal soul and a ‘life’ after death (in heaven, hell or in a reincarnated form)


A divine ‘plan’ or ultimate purpose to the universe.


No Humanists think that religious doctrines are likely to be true, but most uphold and respect the right to believe whatever one likes; as long as it does not infringe the rights and beliefs of others and one does not expect everyone else to agree with one.

We are all Associate Members of the EHFederation, Brussels. 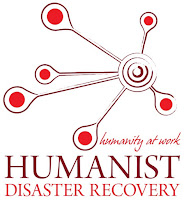 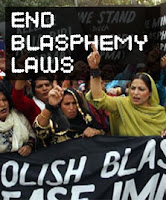 Work that Humanists are involved  with throughout the World-
Human Rights
Gay/ LGBT rights
Freedom of Speech and the right to believe in what you want
Womens  Rights
Disaster Recovery
and so much more....

The EHF has endorsed the International Humanist and Ethical Union’s “Amsterdam Declaration” on the nature of Humanism. It requires its member organisations to accept the IHEU ‘minimum definition’ of Humanism:

“Humanism is a democratic and ethical life stance, which affirms that human beings have the right and responsibility to give meaning and shape to their own lives. It stands for the building of a more humane society through an ethic based on human and other natural values in the spirit of reason and free inquiry through human capabilities. It is not theistic, and it does not accept supernatural views of reality.”

There is a growing number of Spanish Humanists as well as other Nationalities who are Humanists in Spain. The first Conference in Spain was held at Valencia City University on November 17 last year.
The President of EHF, Brussels  and other representatives  from sister Organisations in Italy and various countries joined together with Spanish groups from Murcia and Valencia.
Other groups such as from the church here were invited to see what we are about.

It was fully attended with many talks given and a lot of questions .
The discussions continued afterwards during a buffet and drinks.

All written especially for you

Costs vary according to your requirements, time and travel.